On 26 March 2019, a delegation of six officials from the National Audit Office of the People's Republic of China (CNAO) visited the Audit Commission. The delegation was led by Ms Hu Zejun, the Auditor General of the CNAO. Our Director, Mr John Chu extended a warm welcome to the delegation and gave a presentation on the work of the Commission. They showed great interest in our work. Thereafter, our Director and senior officers had a very constructive exchange of views with the delegation on the areas of audit methodology, application of IT in conducting audit, the training of audit staff as well as various aspects of public sector auditing. The meeting provided a very good opportunity for us to better understand the audit work of the CNAO and its latest developments.

On the same day, the Chief Executive of the Hong Kong Special Administrative Region, Mrs Carrie Lam met Ms Hu and other members of the delegation at the Government House. The Secretary for Constitutional and Mainland Affairs, Mr Patrick Nip, our Director and two officers (Mr Pang Kwok Sing and Ms Hildy Chan) also attended the meeting. Thanking the CNAO for allowing members of the Audit Commission of the Hong Kong Special Administrative Region (HKSAR) to participate in the meetings of the International Organization of Supreme Audit Institutions and the Asian Organization of Supreme Audit Institutions as members of the delegation of the People's Republic of China after Hong Kong's return to the motherland, Mrs Lam expressed the hope that the CNAO will continue its support for the HKSAR's work and provide more opportunities for it to contribute in international affairs. She also expressed the hope that the two places will further strengthen exchanges and co-operation in the field of auditing in the future. 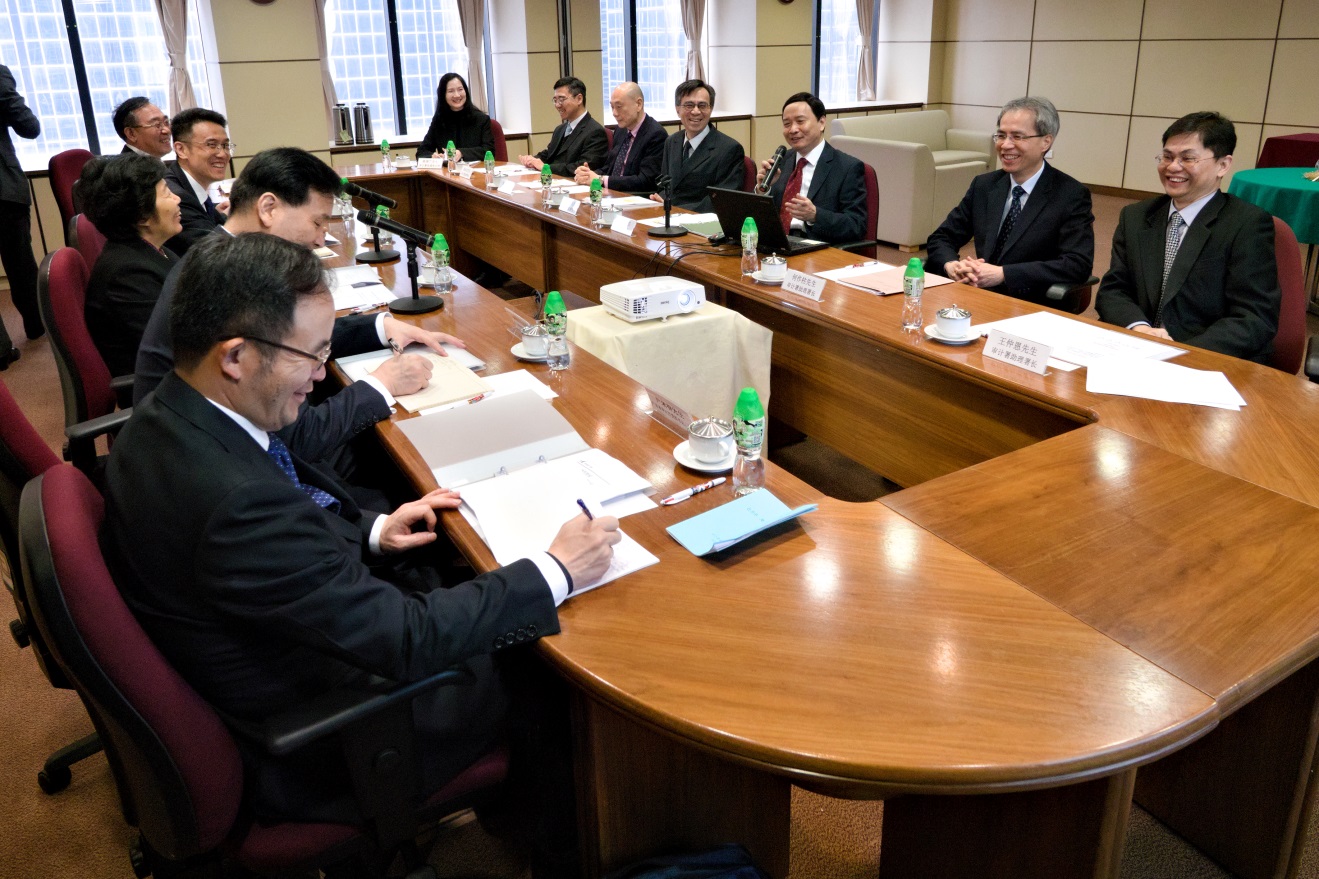 Our Director gave a presentation of our work 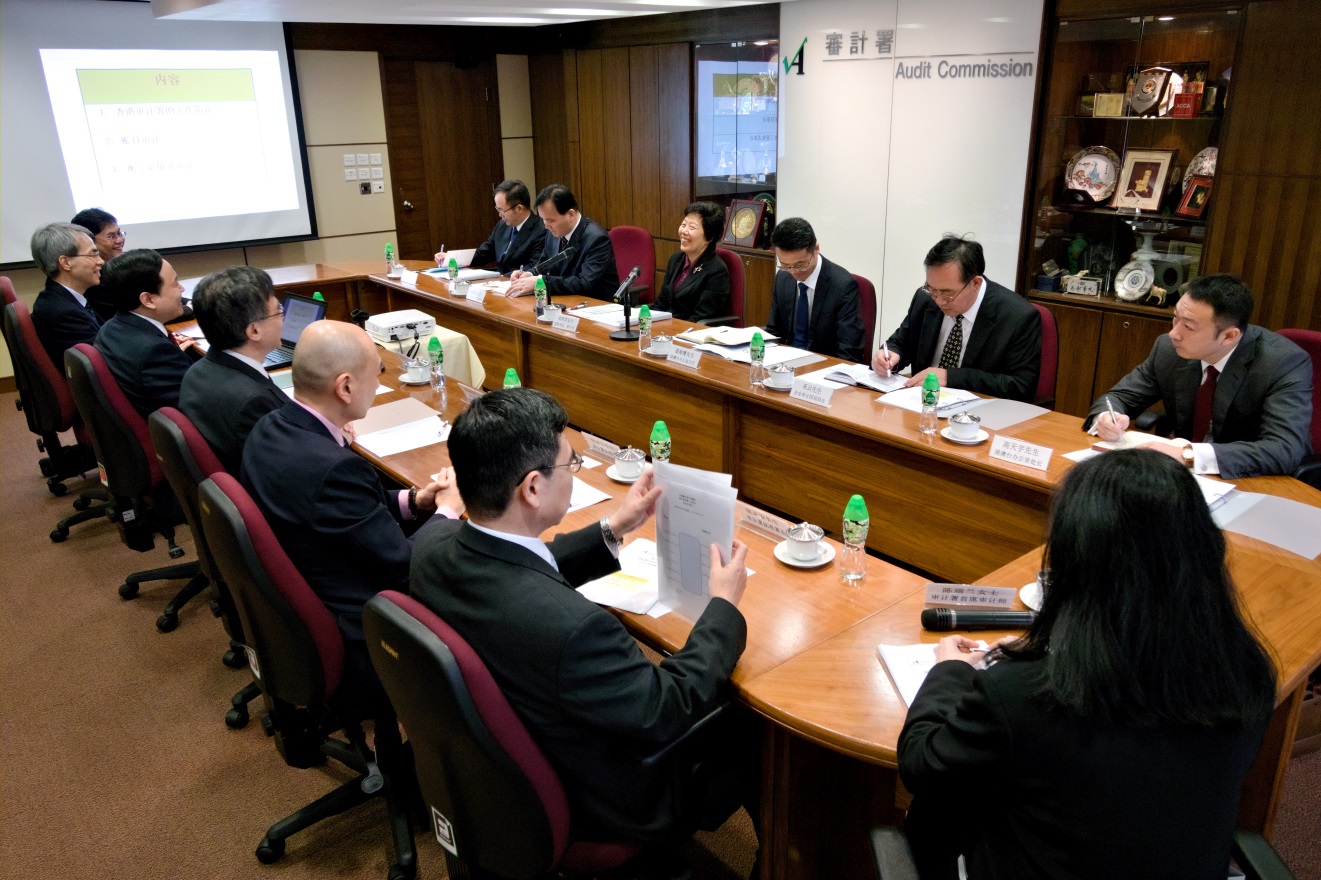 Meeting with the delegation 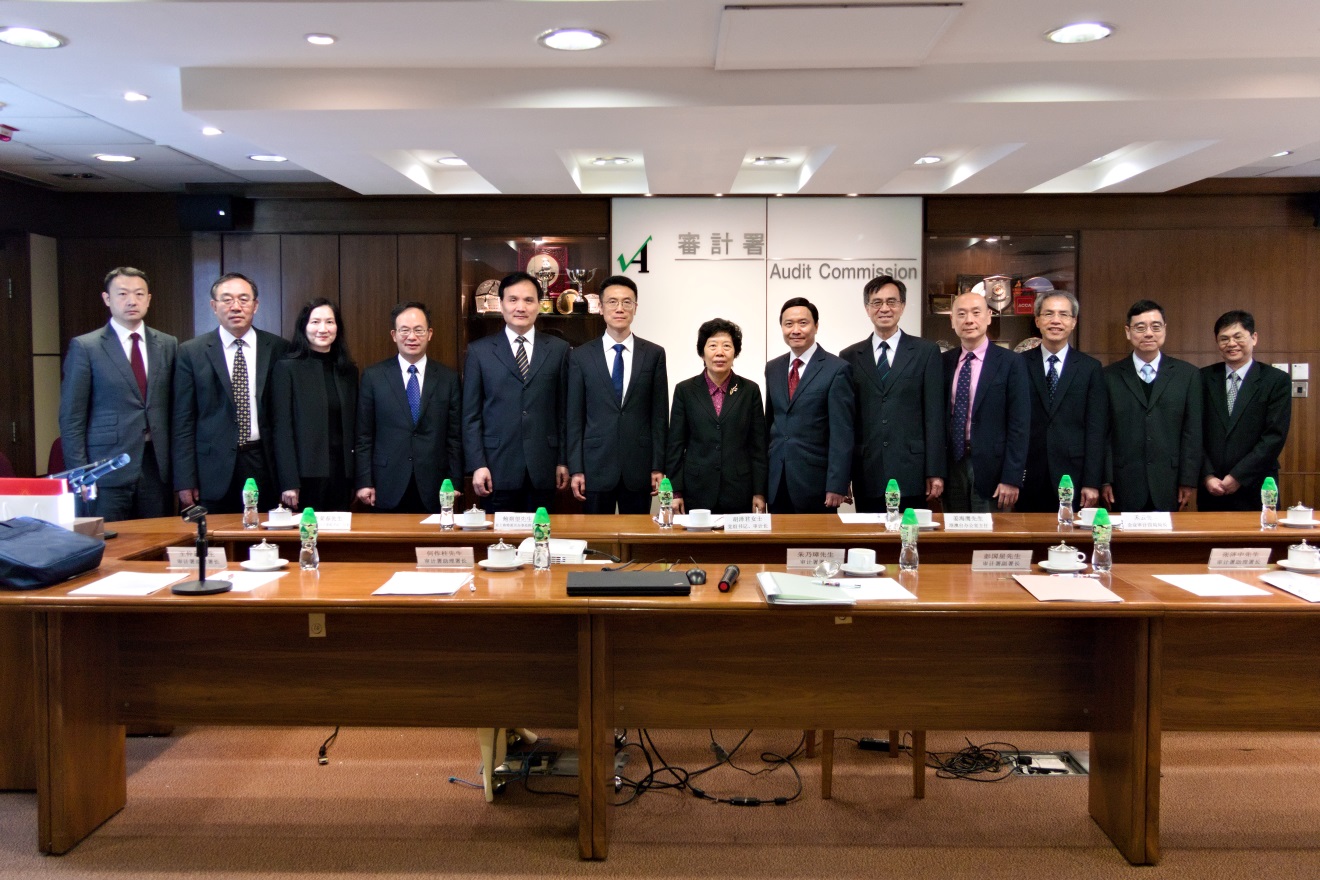 Group photo with the delegation at the Audit Commission 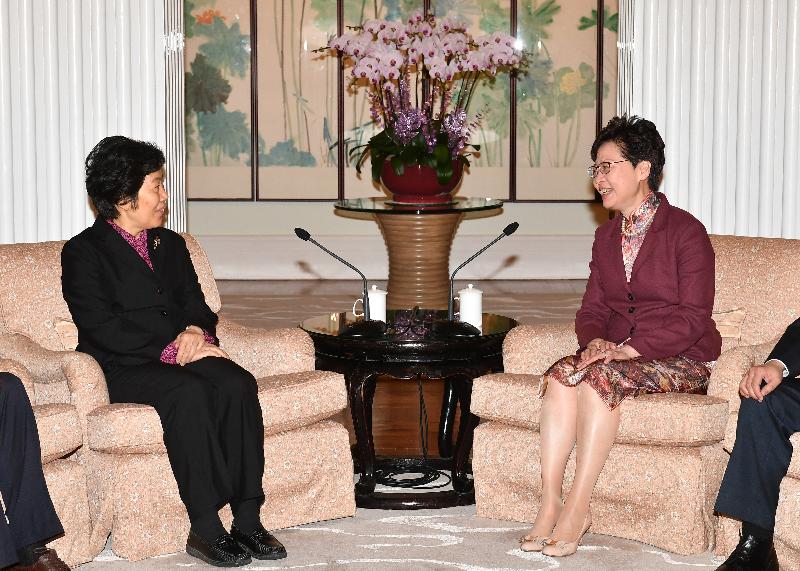 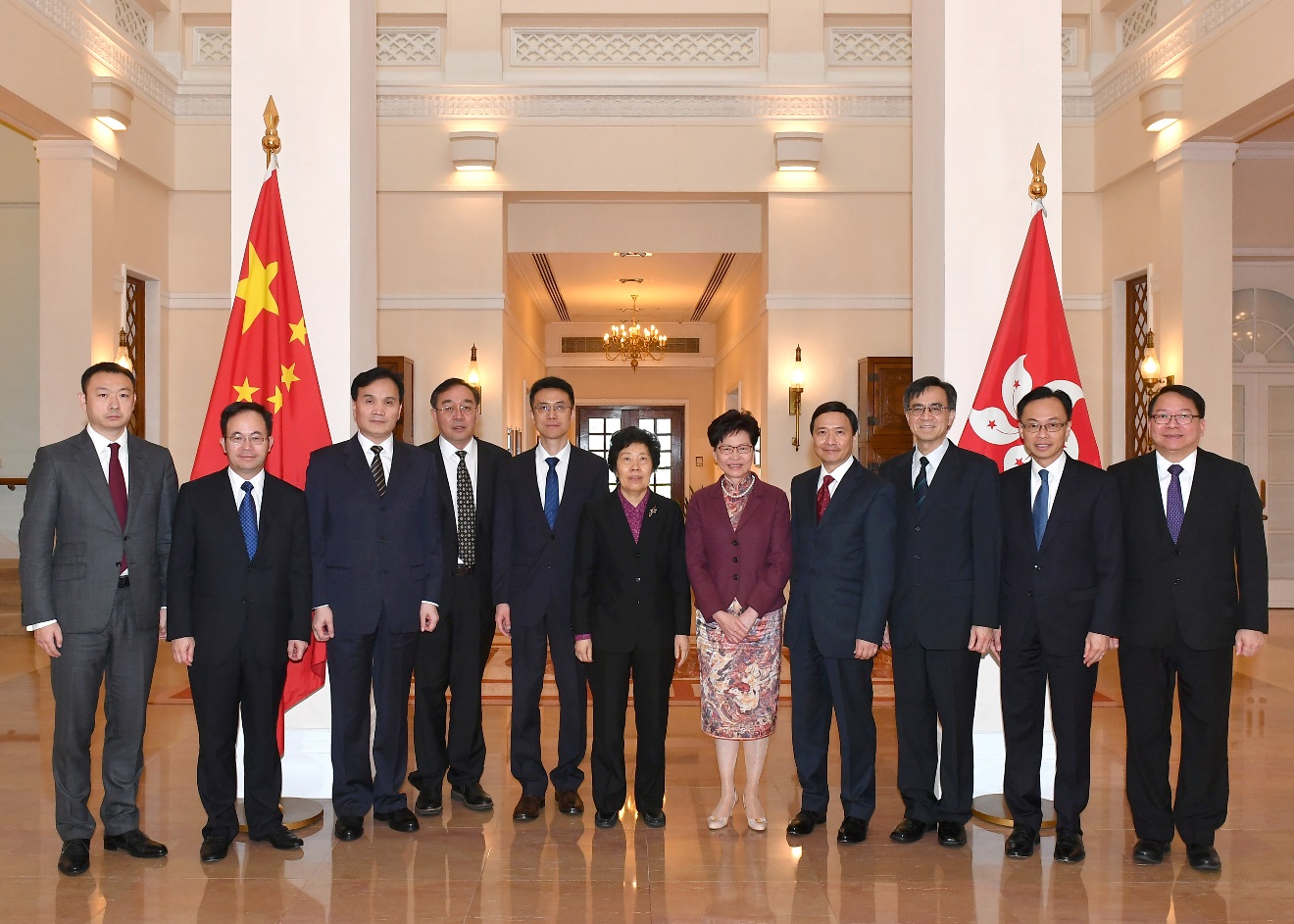 Group photo with the delegation at the Government House